How will tikanga Māori empower the evaluation of the experience of Māori whānau in crisis to measure the performance of the Government’s new obligations in law to Te Tiriti o Waitangi?

Our longterm objective is to bring new evaluative knowledge to empower the mana of whānau in crisis.

Māori have clearly and consistently stressed that a Māori child’s wellbeing is inherently linked to their place within, and connection to, whānau, hapū and iwi.

New legislation in 1989 recognised the importance of this. Acclaimed as world-leading child welfare legislation, the Children Young Persons and Their Families Act 1989 introduced major changes to the way decisions were made about children and young people who were victims of abuse and neglect or who broke the law. Futher, the Act acknowledged that the welfare and best interests of a child were paramount and made provision for Māori children to be viewed and cared for in the context of their whānau, hapū, and iwi (Williams-Blyth, Boulton, Potaka-Osborne, Cvitanovic, 2017). The Act introduced principles that enabled the family to become partners in decision-making processes to resolve family issues.  This law represents how well (or not) our society cares for and supports our children and young people.

This Act has undergone significant change since 2014 and has been renamed the Oranga Tamariki Act 1989.  Front and centre of the amended Act is now a commitment to recognising the importance of whānau.  The Act now states that in determining the welfare and interests of a child or young person, the Family Court or any person person exercising powers under the Act must be guided by the principle that children and young people must be protected from harm and have rights upheld.  One of the overriding principles that will now drive decision-making is:

“the primary role in caring for and protecting a child or young person lies with the child’s or young person’s family, whānau, hapū, iwi, and family group should be supported, assisted, and protected as much as possible” (section 13(2)(b)).

But how do we know if this law is working well?

Statistics certainly show that the original intent of the 1989 Act has not translated well into practice.  Consequently, many Māori children have not maintained their place within, and connection to, their whānau, hapū and iwi.  This must be addressed.

Māori continue to be over represented in the care and protection system.  Although only 15% of the population, Māori were 61% of the children in the custody of the Chief Executive of Oranga Tamariki as at March 2017, which is a 9% iincrease since June 2012.  Applying another measure, in June 2004 Māori were 39% of the children in out of home care.  By March 2017, the proportion had risen to 61%, a 22% increase over a 13-year period.  The Māori population is predicted to increase by five per cent to nearly 20 per cent of New Zealand’s population in 2038.  In the absence of real change, the number of Māori children in care will continue to increase.  This is heart-breaking and an affront to many principles held dear to in Te Ao Māori including within our tikanga.  The law is being amended to help reverse these experiences for Māori whānau.

The longterm nature of this project will ask: How will the Government determine what are the appropriate measurable outcomes?  Will these measures be appropriate for whānau?

This first stage seed project represents the commencement of the country’s first comprehensive Māori led legal and policy analysis of this new law, with the overriding intent to ensure that tikanga Māori is at the forefront of all decision-making concerning the wellbeing of whānau in crisis.  Working closely with Māori organisations, the longterm intent of this project is designed to produce information and research for use by iwi or Māori organisations and the Government to strengthen and empower whānau and provide opportunities for strategic partnerships.

Khylee is from the iwi of Te Roroa/Ngapuhi and Ngati Porou. She teaches Criminal Law, Advanced Criminal Law and Youth Justice. Her research interests lie within those fields; in particular Māori and the criminal justice system, tikanga Māori and the law, restorative justice and alternative dispute resolution, Māori women and the law, indigenous peoples and the law. 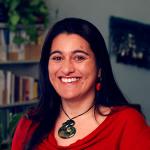 Dr Amohia Bolton is the Research Director at Whakaue Research for Māori Health & Development with a career that has spanned public policy and academia. She has previously worked as a data analyst (Ministry of Education) policy analyst, senior analyst (Te Puni Kōkiri) and Private Secretary (Māori Affairs) and was awarded an HRC Māori Health Training Fellowship to pursue doctoral study at Massey University in Palmerston North. Her post-doctoral research took her to the University of Northern British Columbia in Canada where she worked with the Lheidli T'enneh First Nations people. 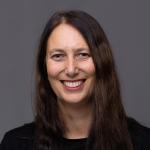 Jacinta Ruru is a Professor of Law at the University of Otago. Her research has focused on exploring Indigenous peoples' legal rights to own, manage and govern land and water including national parks and minerals in Aotearoa New Zealand, Canada, United States, Australia and the Scandinavia countries.