Embedded expressions of a people

This summer internship project will identify occasions where haka, waiata and other oral art forms were commonly used as a form of expression, the frequency in which these occasions occurred and the purpose of these expressions for each situation. Each of these occasions employed a particular style of oral art form. In addition to collating information of the occasions in which they were used, this project will also identify the type of expression, its form and linguistic features, the style of its performance, the social dynamics of engagement, as well as highlighting any tribal distinctiveness, where applicable. This project will assist in gathering information for subsequent publications that will contribute to the revitalisation of these forms of expression for these occasions.

Chanted, sung and spoken forms of expressions, in their many forms, were embedded in a range of diverse contexts within pre-European Māori society. They were a part of everyday life and were used throughout traditional Māori society—from birth rituals to ceremonies associated with bidding farewell to the dead, from the planting of crops to the harvesting and gathering of food supplies, the welcoming of visitors, and the recruitment of friendly neighbours in times of war. They were used to attract members of the opposite sex, to warn others of impending danger, and in educating children about tribal histories. Thus these forms of expression served a functional purpose and were not always used for entertainment or competition as they are most commonly seen today. However, many forms are no longer practised or have been forgotten. 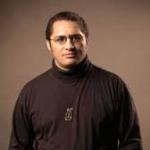 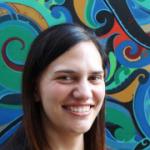 Karyn's research interests are in a number of areas that intersect at various points. These are: sociological issues surrounding Māori urbanisation and Māori identity development and maintenance; Māori performing arts, particularly poi, the analysis of haka and waiata compositions and the role kapa haka plays in identity; grammatical aspects of the Māori language and second language acquisition; Māori language and Māori performing arts teaching methodologies.