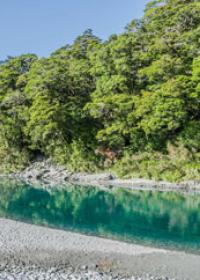 NPM applauds the Waitangi Tribunal’s landmark report calling on the Government to act urgently to address the nation's ongoing governance of water rights, which is in breach of Te Tiriti o Waitangi / the Treaty of Waitangi principles.

The Tribunal released its report yesterday with a clear finding that the Resource Management Act is not consistent with Treaty principles, and calling for a new national co-governance body to be established for freshwater - highlighting the need for the Crown to recognise Māori proprietary rights and economic interests in water.

The Waitangi Tribunal relies extensively on Professor Jacinta Ruru and Dr Kepa Morgan’s past and present research to arrive at their findings.

In an interview with Newsroom Jacinta argued that Māori views and interests are often “balanced out” altogether in planning and resource consent processes. What does that mean? Ruru told Newsroom: “They’re losing. While courts are recognising it’s important to value Māori, to value kaitiakitanga (guardianship), it’s never winning when it’s been put up against big commercial interests or council interests.”

“Māori ought to be recognised in our law today as co-governors of our water, enabling Māori to really take responsibility of our waterways.

“I think it would be the best thing. If we’re talking about the health and wellbeing of those waterways, they’re in crisis, they desperately need attention. We need to change as a country and this is our opportunity to do that, to bring Māori more into the decision-making."