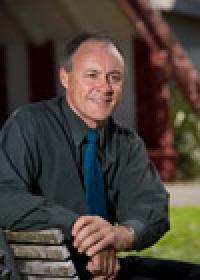 Tānenuiarangi (Wharenui), Waipapa Marae
16 Wynyard Street
University of Auckland
Auckland
New Zealand
Link to a video of this seminar on our Media Centre

An Environment Court hearing is imminent that will consider an application to leave the remnants of the MV Rena on the tupuna Otaiti (Astrolabe Reef).

This seminar describes the contribution that the Mauri model has made to better understanding the complexity of New Zealand's worst environmental disaster.

Demonstrating the significant contribution that can be made from scientific studies grounded in mātauranga Māori, Te Arawa Takutai Moana focused the nation's response with the goal of restoring the mauri of the environment to its pre-Rena state.

This created an opportunity to respond to the Rena grounding in a manner consistent with the indigenous knowledge framework that was most relevant to those most significantly affected - the local hapū and whānau.

After an initial visit to the site of the Rena wreck, the project team and local community conducted a wānanga at Whakauekaipapa meeting house in Maketū. Three further wānanga were held and achieved the first milestone, being the determination of the pre-Rena state of Mauri.

Concurrently the research team commenced monitoring activities assessing Mauri dimension indicators at three monthly intervals. This data was augmented with other scientific monitoring to quantify the change in Mauri occurring since the grounding. This has accurately quantified the accumulated Mauri impact that has occurred since the grounding 5 October 2011, three and a half years ago.

Determining the pre-Rena state and quantifying the change in mauri that has occurred since the Rena grounding,
provides a sound basis from which to evaluate future recovery options and their impacts – an understanding essential to consideration of the Environment Court application.

This project demonstrates the necessity of having a Māori Centre of Research Excellence, because in its absence there would have been scant recognition (or funding) given to the potential value of indigenous research in relation to this disaster and others like it. The Mauri model is proving its worth by being extended to other areas throughout NZ which have suffered adverse environmental impacts due to human impact.

A more than 30 year career in engineering has provided the opportunity for Kepa Morgan to work at the interface between the engineering profession and Māori.

Over this time and within the context of the Mauri Model Decision Making Framework, Kepa has worked on research and engineering studies which have included wastewater projects, aid project effectiveness, water catchment management, hydro development, hydraulic-fracturing, and anthropogenic disaster response.

Kepa was the founder and inaugural president of SPPEEx (South Pacific Professional Engineers for Excellence) and elected a life member in 2013. Having worked in roles ranging from professional engineer to chief executive of a tribal authority, Dr Morgan now lectures in Civil and Environmental Engineering at University of Auckland. Part of his research work involves working closely with communities around the country on applying the Mauri Model Sustainability Assessment Tool to facilitate the integration of economic, environmental, social and cultural priorities in a transparent and inclusive framework.

His work on the Mauri Model has resulted in the publication of fifteen articles on its impact, twenty-six keynote presentations, invited plenary and prestige lectures and more than 100 citations. The associated website - mauriometer.com has increased the reach and accelerated the adoption of the Mauri Model in regional and national governance.