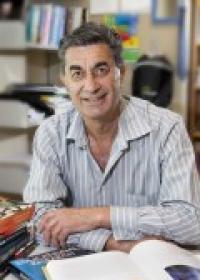 Tānenuiarangi (Wharenui), Waipapa Marae
16 Wynyard Street
University of Auckland
Auckland
New Zealand
Link to a video of this seminar on our Media Centre
The Ka Awatea project was carried out in Te Arawa as well as with and by Te Arawa, but not exclusively for Te Arawa. The project considers the imperatives of success from a Te Arawa worldview, referencing tribal icons as exemplars on which to base a hypothesis.

Whilst various government statements have stipulated that Māori students should experience success ‘as Māori’, it appears that few, if any, have explained what this might look like for rangatahi, their teachers, whānau and communities.

Ka Awatea asked eight schools in the rohe to nominate their high-achievers who were in their senior years and preparing to enter a tertiary phase of their lives. A tribally-specific rauemi (survey instrument) was designed. This rauemi was the main means for consistently accessing data from the individual, family, school and community contexts with regards to the enabling factors for Te Arawa students, and students being educated in Te Arawa schools, to thrive and to unleash their potential.

The research team spent over eight months interviewing students, whānau, expert community members and teachers affiliated with the eight secondary schools – including one wharekura (Māori-medium high school) - involved in the study. Comprehensive data was collected that revealed some telling findings from which a Conceptual Model was designed.

In their presentation, Angus and Melinda will describe these findings and discuss the implications of their work.

Angus Hikairo Macfarlane (Ngāti Whakaue, Ngāti Rangiwewehi) is Professor of Māori Research at the University of Canterbury and Kaihautū of the NZ Psychological Society. He has a prolific resume of publications and has established many international collegialities. Dr Macfarlane has been the recipient of several national awards for his work in Māori education. In 2010 he was presented with the Tohu Pae Tāwhiti Award from the New Zealand Association of Research in Education. The award recognises researchers who have made a significant contribution to Maori education by conducting high quality research over an extended period of time. In 2011 he was awarded a Good Practice Publication Grant from Ako Aotearoa, the National Centre for Tertiary Teaching Excellence. In 2013 he was conferred the University of Canterbury Research Medal – the first Māori recipient. Dr Macfarlane was leader of the Ka Awatea research project.

Melinda Webber (Ngāti Whakaue, Ngāti Kahu, Ngāti Hau, Ngapuhi) is a Senior Lecturer in the Faculty of Education at The University of Auckland where she has worked since 2001. She has many years of experience as a primary school teacher. Her research interests relate to the study of racial-ethnic identity development, Māori conceptions of giftedness, and social-psychology. She is currently working full time as a qualitative researcher on the Starpath Project. A Fulbright Scholarship in 2012 expanded her sphere of experience to the University of Wisconsin in the USA. Dr Webber took a leadership role on the Ka Awatea research project.