The overarching research questions for this NPM Platform Project are:

Since rugby was adopted in Aotearoa, taonga tuku iho have been integrated into NZ rugby contexts and culture. The first pre-game haka for instance, was performed in 1888-89 by the touring Natives Team and Māori players were pioneers in establishing the black jersey and silver fern as symbols of national identity.

Today tangible taonga like mere and toki are given as ‘gifts’ to acknowledge long service by players, volunteers and staff, and taonga like taiaha and intricately carved trophies are given to winning teams.

People (rangatahi, wāhine, tāne) and their mana, mauri ora and identities are also considered taonga in rugby contexts to be treasured, respected and sustained. In the not too distant future, commercial and promotional rugby initiatives will include digital and augmented expressions of taonga, and the ethical and cultural consequences of this development should involve critical and robust discussion.

The aim of this platform project - Resilient legacies: Mānawa te taonga tuku iho: The application and influence of taonga tuku iho in rugby - is to explore how the mana and mauri ora of taonga tuku iho are considered, applied and commodified in rugby. This study brings together researchers and practitioners from different disciplines (e.g. business, health, psychology, art and design) and areas of expertise (rugby, toi Māori, mātauranga Māori, technology) to share diverse knowledge systems, experiences and expertise.

This will create more nuanced and robust considerations of how the incorporation of taonga tuku iho in rugby may impact on the mauri ora of Māori people and knowledge, as well as on rugby stakeholders, and New Zealand society generally. The outcomes will contribute to understanding how mātauranga and tikanga Māori could be applied in sporting contexts through policies and practices.

Learnings with regards to intellectual property rights, Indigenous branding, and Indigenous wellbeing and prosperity may also be discussed, and how taonga tuku iho are considered and treated may also reveal hegemonic and post-settlement attitudes and beliefs that are contested in New Zealand society within the high profile and privileged setting of rugby. 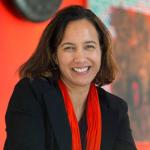 She is a senior lecturer at the School of Management, Massey University coordinating a number of courses including Fundamentals of Leadership and Teamwork. She is on the board of NZ Rugby and is an former world cup winning captain of the Black Ferns. 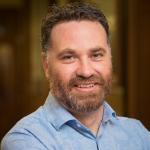 Carwyn's primary research interests relate to the Treaty of Waitangi and indigenous legal traditions.  Before joining the faculty in 2006, Carwyn worked in a number of different roles at the Waitangi Tribunal, Māori Land Court, and the Office of Treaty Settlements.

Te Kani Kingi is Director of Te Mata o te Tau, The Academy for Māori Research and Scholarship at Massey University in Wellington. His specialist interests are in mental health research, psychometrics and Māori health.